SABC News: A world without rhinos 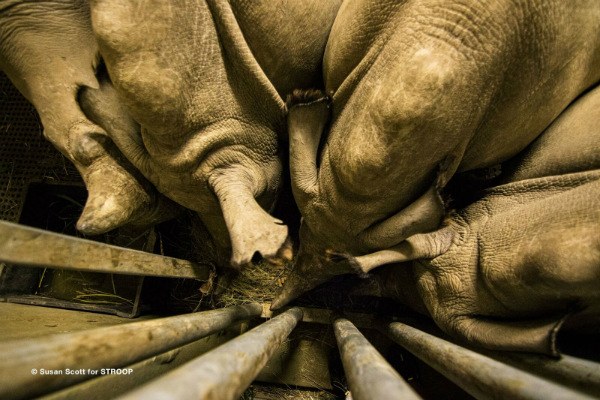 South Africa is home to 80% of the world’s population of rhino as they are rapidly disappearing due to the Asian demand for their horn, fuelling poaching of the animals.

In less than ten years we may never see a rhino in the wild again. Since 2010, South Africa has lost a whopping 5600 rhinoceros to transnational organised crime. To say that rhino poaching is out of control, would be an understatement.

Bonné de Bod and Susan Scott have been studying every aspect of the multiple layer crises now facing the animal for over two and a half years.

de Bod explains that we are losing 88 rhinos a month; this means that when the sun sets, three more rhinos will have lost their life on this earth.

“I want South Africans to be more involved and to take ownership. Rhinos are our heritage and they are desperately at stake. If we look back 10 years from now, this will be the turning point. Either we would have saved the species or we would have failed them and just have our memories of them in the wild and only see them in zoos.”

In 1994 South Africans celebrated the birth of a democratic nation. Rhinos weren’t included. In the same year, CITES downgraded white rhinos in South Africa from Appendix I to Appendix II.

de Bod gives an update on the rhino discussion at CITES as Swaziland’s proposal to legalise the trade of rhino horn was rejected on Monday at the COP17 Conference in Johannesburg.

de Bod explains that South Africans are very divided over the legalisation of rhino horn where one is heavily against it and the others for it. Both sides held side events of discussions for delegates involved in the voting process to hear their side.

“The private rhino owner then became quite emotional and accused the Vietnamese of stealing their horns anyway. She simply got up and left”

According to the latest stats, 702 rhinos have been poached since the beginning of 2016. Four months of slaughtered rhino numbers still need to be added as the year continues. Photo by Susan Scott / Stroop die film

CITES is an international treaty drawn up in 1973 to protect wildlife against over-exploitation and initially banned the trade of rhino horn.

In 1994 South Africans celebrated the birth of a democratic nation. Rhinos weren’t included. In the same year, CITES downgraded white rhinos in South Africa from Appendix I to Appendix II. This allowed the export of trophy horns taken in legal non-commercial hunts.

By 2003, as Asian nationals began exploiting the downgrade of white rhinos by obtaining licences to export trophy horns to sell on the black market.

de Bod explains that wildlife trafficking, inclusive of rhino poaching; has become one of the world’s largest transnational organised crime activities alongside the trafficking of humans, drugs and arms.

“These traffickers are using the same routes and the same techniques to smuggle other illicit commodities. It’s driven by demand and fuelled by corruption and it’s linked to organised crimes in many countries, including terrorist groups.” 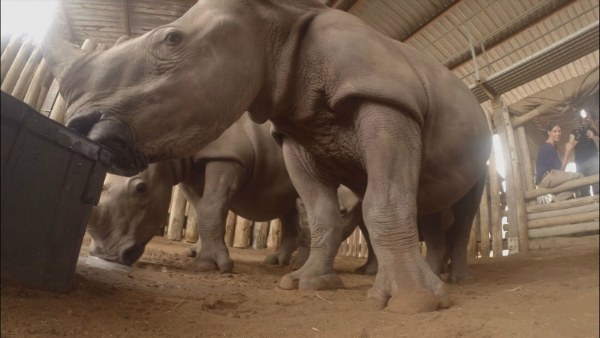 Rhinos currently have a split listing: “Appendix I and II (C. s. simum, only the population of South Africa and Swaziland and for the exclusive purpose of allowing international trade in live animals to appropriate and acceptable destinations and hunting trophies)” Photo by Stroop die film.

Rhino poaching started increasing at such a rapid rate that South Africa placed a moratorium, banning the domestic trade of rhino horns in 2009. But two rhino farmers are currently fighting the moratorium.

Rhino farmers and breeders, John Hume and Johan Kruger, argue that the ban is unconstitutional and have taken Department of Environmental Affairs, Minster Edna Molewa, to court in a bid to lift the moratorium so that they can continue to trade in rhino horn.

The farmers were successful and the minister appealed the case but the appeal was overturned. They are now set to go to Constitutional Court in early 2017.

Back to CITES, it was the Anti-Trade group’s turn to have their say why rhino horn trade should remain banned.

“They basically asked delegates to consider the detrimental affects from trade comparing it to the ivory sale in 2008 which backfired with research finding an increase in elephant deaths after the sale.  These elicit, robust discussions has had a lot of people hot under the collar.”

de Bod and Scott expect to release their groundbreaking documentary on the rhino crises, Stroop die film, in early 2017.

“What is the one thing that can save rhinos? It has to be a multilevel approach because it’s a multi-layered problem with multiple roots. A world without rhinos, I say no to that and I hope that this film will make people aware and hopefully help in their survival.” 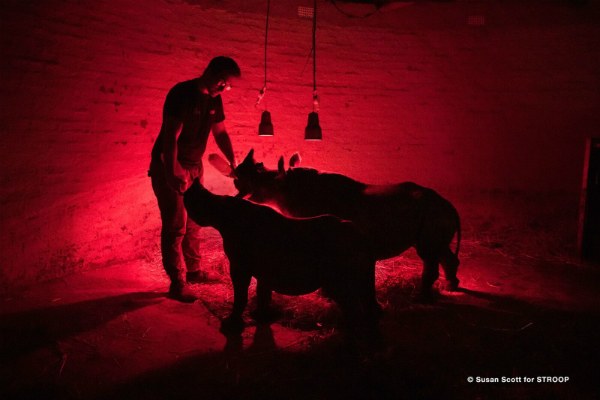 The film, Stroop, takes a look at every aspect and ripple effect of the rhino poaching pandemic including the rhino orphans who are left behind, often senselessly hacked alongside the mother. Photo by Susan Scott / Stroop die film.

In other animal news, African grey parrots won their day in court as CITES voted to uplift the wild populations to Appendix I, ending their international commercial trade.

Elephants and lions lost out at the CITES meeting as both species were failed to be included to Appendix I and remained on Appendix II.  Commercial international trade in Appendix II species is permitted, but is subject to strict controls.

Concerning elephants, Namibia , South Africa, Zambia and Zimbabwe argued that they should be excluded from Appendix I as they said they had stable populations.

For the lions, this means that breeders can continue to farm and export the king of the jungle for its bones and hunting.