The film that could make a difference for rhinos

An Afrikaans language film might be one of the best ways to address South Africa’s rhino poaching crisis. 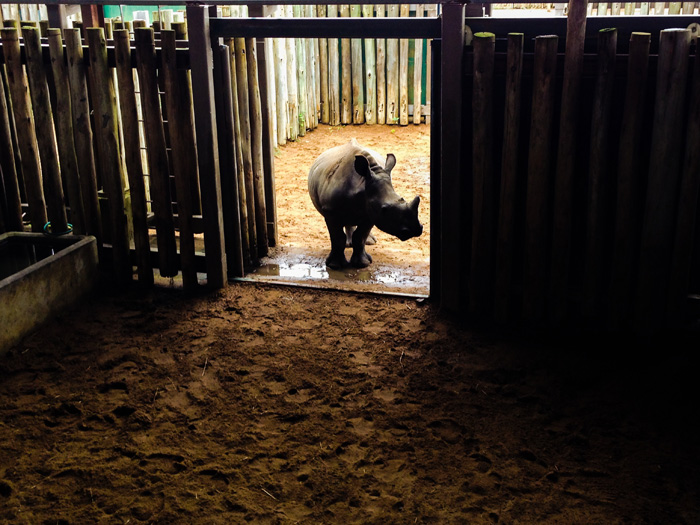 “Why Afrikaans?” is the first question I ask of Bonné de Bod, presenter of South African environmental TV show 50/50, and the personality behind “STROOP” (Poached), an upcoming film about the rhino poaching crisis.

“I get asked that a lot – it’s an emotional subject for me. Afrikaners in general have a close bond with wildlife, and I want to tell a story that’s close to my heart in my own language,” she explains. “The other thing is, if you look at the recent cases of rhino syndicate arrests, the culprits are often Afrikaans. When I heard that Dawie Groenewald and nine others were involved I was in shock, and it’s carrying on, so maybe it’s the right audience. But the real issue here is rhinos. Why is language questioned?”

Co-producer and filmmaker on STROOP is Sue Scott who has worked on many successful wildlife films for the likes of National Geographic and others around the world. She explains that the film will have English subtitles and adds: “Often I’ll see an African story with an American voice, and in many cases it’s dumbed down for a TV audience. Working on 50/50 it’s been wonderful to hear people speaking about the show – and many of them are Afrikaans. 50/50 (which is multilingual) reaches an audience of 3 million South Africans. People want to hear stories in their own language.”

The idea for the film came about when Sue and Bonné were producing a rhino update for 50/50. “We were with the Environmental Crimes Unit for Kruger National Park, and we came across two poached rhino carcasses,” says Bonné. “Sue encouraged me to sit between them and do my lines to camera. While sitting there I went through so many emotions, and I realised that as an individual I should do something. Sue is just as passionate about rhinos and we came up with the concept of the film.” The more research they did for the rhino update the more they realised how complicated the rhino issue is – that it need far more than a 14 minute update. “Making a film is our way of doing something and giving people the knowledge and opportunity to do something of their own,” says Sue. 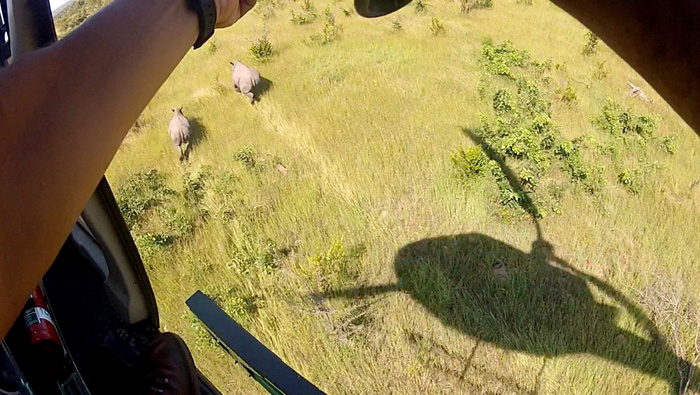 Sue and Bonné are are not just ‘doing something’, they are completely dedicated to the task, to the extent that they have moved in with their respective mothers in order to save costs. Making an independent film means there is little funding beyond their own and that of a few generous sponsors and donors. Bonné and Sue have support from agri-finance firm BKB, agri-feeds company Voermol and Afrikaans culture and language association ATKV, but these sponsors have no influence on the production. The advantage is that the film is positioned to tell the truth without large corporate influence and government censorship.

“This film is not going to save the species but it is a film for action,” says Bonné. They are interviewing anti-trade campaigners and pro-trade lobbyists, rangers on the frontline and poachers. They are filming on rhino farms, in national parks, in poacher villages and Chinese cities. Their aim is to give you a complete picture and the more I talk with Bonné and Sue, the more I realise how deep they are digging. Whenever I can pin them down they have either returned from a court hearing where poachers have been sentenced or a meeting with a prosecutor who fears for her life. Their next stop is either an Intensive Protection Zone in an undisclosed location, or China to find out more about rhino horn consumers. 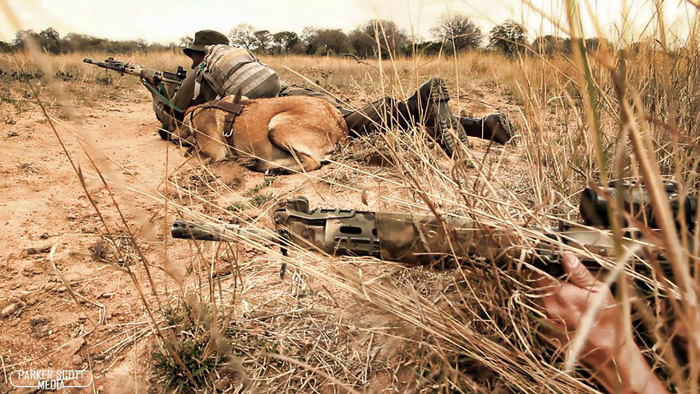 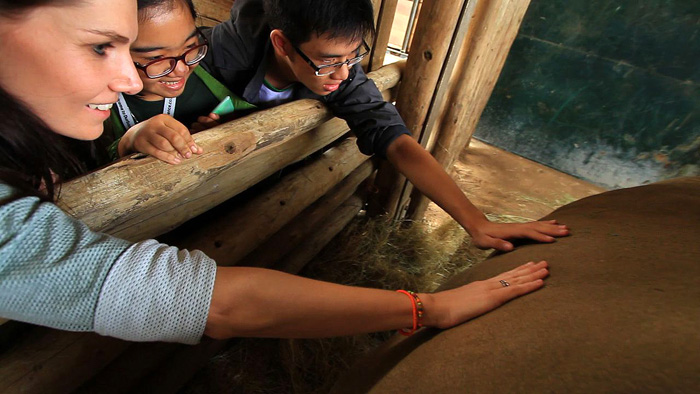 Some of the interviews will be surprising. Sue and Bonné discuss the views of some rangers in regard to implementing a shoot to kill policy. “One field ranger who had been active for a long time explained that the South African constitution is there for a reason, that if you change it you become like them – you go down to their level. He said that when he signed up for this, it was to protect animals, not kill people,” says Sue. Bonné adds another perspective from the wife of a ranger: “She phoned and asked me to come down to interview them in KwaZulu Natal. She explained that she and her husband are going through terrible emotional stress. She fears for his life every night that he goes out on patrol, and he brings the stress back home into the family. That’s something I want to show the public.”

One of the most rewarding moments for Bonné was at the World Youth Rhino Summit, attended by 130 kids from all over the world, including Asia: “There were 2 Vietnamese kids who had never seen rhinos. We took them to a boma where they were keeping rhino orphans who’s mother’s had been poached. They were touching a calf, caressing it’s skin, and the 15 year old boy said: “Wow! I can even feel it’s heartbeat!’” Bonné’s hope is that he will take this perspective to his family and friends back home.

Like Al Gore’s seminal film An Inconvenient Truth, STROOP will show you how to actively get involved and change things. It promises to tell you more than has ever been revealed about the rhino crisis and do so with an unbiased perspective – actually that’s not true: This is a biased film. It’s a personal film. It’s a search for truth by someone who cares deeply about wildlife and considers themselves an integral part of the world that these enigmatic creatures are struggling to survive in. 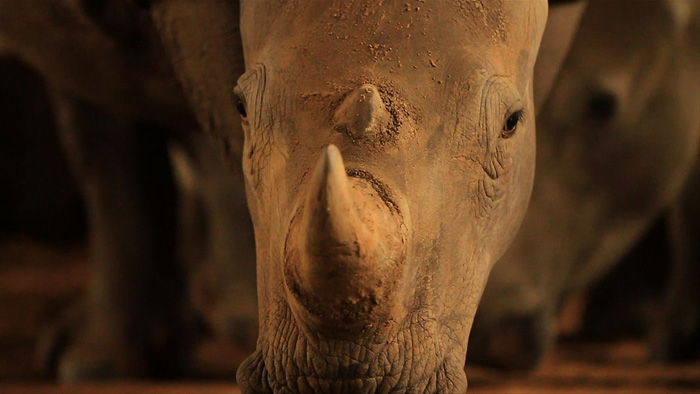 My initial query about the reason for an Afrikaans language film was naive. Throughout our interviews we have spoken English, arguably the last of South Africa’s 11 official languages to reach it’s shores. Afrikaans has been here much longer. There are very few films about African wildlife that have an African voice and point of view. Perhaps that’s what is needed to motivate Africans to do more for wildlife. After all, there is no other continent where so many people live so close to it’s mute creatures, and yet so few speak for them.

This article was first published on AFRICA GEOGRAPHIC.