So spending time with the cheetah called Pride in Namibia was an incredible experience, which you could probably hear last time. But what really fascinated me was the BLS (Bio-logging science). I did briefly touch on it last time but Pride and her family are now the centre point of this new dramatic research that is playing a vital role in the survival of their precious species. As with anything – the more we know, the better their chances of survival. 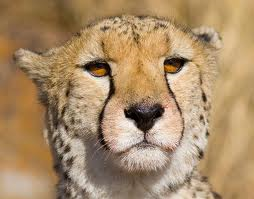 “Bio-logging” – which sort-of stands for “Biological data Logging” – is the use of electronic sensors, implanted or attached to animals, to track and record their movements, behaviours, physical setting and physiological state in the wild. This research has been made possible in recent decades through the development of compact and lightweight microprocessors. Bio-logging has taken scientists where humans have never been able to go before… like ride on the back of leatherback sea turtles, bluefin tuna and even jellyfish,  to learn for the first time, not only where they go, but also to discover more precisely what their environment is like. In more recent years, scientists have been able to ask ever more subtle questions about these animals’ physiology and behaviour, allowing intimate understanding of how they function, and how they fit into the ecosystem around them.

Until now, Bio-logging science was only used on aquatic animals, but for the first time in history, BLS is now being implemented on land animals – the cheetahs at the Harnas Wildlife Foundation. Resident Harnas researcher, Juanita de Villiers, is at the forefront of this international research. Her BLS studies require specialized equipment which is designed by the University of Tokyo.

GPS loggers and accelerometers (D3GT) are used to study these guys. The GPS loggers record latitude and longitude (in real time for up to 24 hours / 3 months… – find out B??) within a one second interval, while the accelerometers record temperature as well as acceleration. In addition to this, Juanita is also currently using a video logger that records video footage for 80 minutes at a time.

BLS enables Juanita to study this cheetah family from a much closer POV – well – actually it’s Pride’s point of view! The data collection began in Feb 2012… and it didn’t take long for her to make some fasinating dicoveries.

For example :- It has always been believed that cheetahs are diurnal (active during the day), and that they preffer to hunt in the early morning and late afternoon. But this research has found that cheetahs also hunt at night, and not only that…. but on

dark nights – those times in a month when there is no full moon!

Traditionally it has been thought that these animals rely on speed to catch their prey – now it seems they may have excellent night vision and are talented night stalkers.

But this is not all.

Through BLS they have also proved that previously believed behaviour patterns are not consistent. Previous research suggested that cheetahs always eat immediately after they capture their prey.  But through BLS and video logging they have seen that Pride pursued and caught a Duiker at 07:46… that the duiker was dead at 07:50:… but that after killing the duiker, Pride moved away approximately 2km, remained at rest for at least 8 hours, and only then moved back and started to eat her duiker. Amazing! I for one didnt know that!

To study wild animals in their natural environments is not an easy thing to do. Many species are shy and avoid humans, while others live in habitats where direct observation is difficult or impossible. With the success of this cheetah project, I’m confident that BLS will also now be implemented on other land animals. Can you imagine what we could still learn? And perhaps ask questions now that was not a reality before? Mmm….can’t wait!