I want to start with a hypothetical situation: imagine you have lived in a relatively quiet residential area for years, and then suddenly a truck stop is built about 300 meters from your home. The noise volume rises, sometimes to well, annoying levels. You are furious and consider moving homes…drastic measures…but is there anything you can do to lower the noise level?

Some trees and other forms of vegetation are known to have some effect as sound barriers. You investigate and find the authorities that can offer advice about alleviating the situation.

And what do you know…there is a solution after all! A wide belt of trees can be planted between the residential area and the truck stop, with the trees as close as possible to the truck stop. And you add some suitable evergreens to the mix, as well as a soft ground cover of taller grasses or other vegetation.

Interestingly research is proving the effectiveness of trees and shrubs as noise abaters. This research stems from the growing awareness that excessive noise is in fact a form of environmental pollution. The average community noise level has risen fourfold in the past 20 years with jet aircraft, heavy traffic and domestic power equipment contributing to the problem. And, it is likely to increase if it is not kept intact…

But noise is a subjective quantity and therefore difficult to measure. Sound, however, can be measured accurately and is usually expressed in decibels. Most ordinary sounds we hear fall in the range of 25 decibels, as in a quiet library, well we don’t always get the opportunity to sit in a nice quiet library, to about 80 decibels at a noisy street corner.

And what I found fascinating is that the screening is most effective when trees and shrubs are combined with soft, rather than hard surfaces, such as pavement or gravel. This can result in a 50 percent reduction in the apparent noise. It is however important to remember that knowledge of out-of-door sound propagation is necessary to make valid judgments on the use of trees and other plants as sound barriers.

Moving on to some animal news…a new species of shark has been discovered in Eastern Indonesia that uses its fins as tiny legs to “walk” along the seabed. The brown and white bamboo shark pushes itself along the ocean floor as it feeds on small fish said Conservation International, whose scientists were involved in its discovery.

Now I have to make you a bit jealous this morning I will be diving with sharks next week, you know shockingly  there is around 143 shark species threatened or near threatened with extinction….and I almost want to ask the question; how is this possible in this day and age?The shark, which grows to a maximum length of just 80 centimetres and harmless to humans, was discovered off Halmahera, one of the Maluku Islands that lie west of New Guinea. They have unusually long tails that are bigger than the rest of their bodies, I’ll put a picture on my website, and are found in tropical waters around Indonesia, Australia and New Guinea.

Maybe this “walking shark” could serve as an excellent ambassador to call public attention to the fact that sharks are harmless to humans and are worthy of our conservation attention. I can just imagine this tiny shark going for a stroll on a sandbank on the ocean floor – very cute indeed! 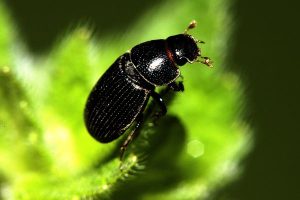 Now I want to introduce you to an unlikely environmental hero. The dung beetle, with its sordid habit of laying eggs in and eating cow manure, might just be a weapon in the battle against global warming.

You see, agriculture is a gassy business. The 1.3 billion large ruminants — dairy cows and beef cattle, buffalo, sheep, goats — that burp, fart, and poop around the world emit more greenhouse gases than the transportation industry, according to the UN. These animals are responsible for about a third of global emissions of methane, a gas that makes up half of farming’s contribution and is even more potent than CO2.

So in other words, any animal helping to suppress this release of gases can help the environment. Experiments carried out by the University of Helsinki investigated what impact dung beetles have on how much methane is released from the heaps of cow dung that blotch farm pastures. Dung beetles dig burrows into manure and feed on the droppings of cows and other ruminants. They also deposit their eggs in the excrement, and their hatchlings feed on the same stuff.

The answer to the methane question was yes! The scientists found that cow manure with beetles, specifically the Aphodius species, released nearly 40 percent less methane over a summer period than beetle-free cowpats did.

Global food waste accounts for more emissions than any country except U.S. and China, UN reveals

While dung beetles actually reduce emissions, let’s move on to the main perpetrators of global warming…humans!

According to the UN, about a third of all food for human consumption, amounting to around 1.3 billion tonnes, is wasted annually, along with all the energy, water and chemicals needed to produce it and dispose of it.

In its report,  “The Food Wastage Footprint”, the U.N. Food and Agriculture Organisation estimated that the carbon footprint of wasted food was equivalent to 3.3 billion tonnes of carbon dioxide per year.

If it were a country, it would be the world’s third biggest emitter after China and the United States…

In the industrialised world, much of the waste comes from consumers buying too much and throwing away what they do not eat. In developing countries, it is mainly the result of inefficient farming and a lack of proper storage facilities.

The report suggested improving communication between producers and consumers to manage the supply chain more efficiently, as well as investing more in harvesting, cooling and packaging methods. It also said consumers in the developed world should be encouraged to serve smaller portions and make more use of leftovers. Businesses should give surplus food to charities, and develop alternatives to dumping organic waste in landfill.

Now I know a lot of businesses are already taking part in such initiatives, but this is definitely food for thought, in order to fight the battle against global warming!

Do you think enough is being done in order to reduce food wastage where you live?